With God, the “ordinary” becomes extraordinary.

If you think it’s only exceptionally skilled wealthy people whom God chooses to do “big things” for Him, think again. As the following three stories of mission-minded individuals show, God can use ordinary people to do extraordinary things—if only we’re willing.

A retired landscape designer living in Bermuda, Phillip Rego felt called to ministry, but he wasn’t sure in what way. A friend suggested he attend the Adventist-laymen’s Services and Industries (ASI) meetings being held that year in Florida, so he did. He was inspired by the many ministries there, but was particularly drawn to the needs in Haiti.

“I was given the name of one Adventist person in Haiti, so I contacted him and then just got on a plane and flew to Port-au-Prince,” Phillip says. “This was following the hurricanes that went through Haiti in 2008, and the people were in desperate need. Some people were going days without eating. Many had no furniture, no beds, no clothes. I saw desperation in their eyes. It really upset me.”

Phillip worked with his Haitian contact and an Adventist relief organization that was then in place in Haiti to bag and distribute rice and beans to the hungry people. Thousands of people filled the feeding centers while waiting for assistance.

“They were coming in one gate and going out the other,” Phillip says. “Before we knew it, the food was gone.”

After Phillip returned home, he talked to friends and other church members, sharing the needs of the Haitian people. Donations flowed in, so with those funds in hand he returned to Haiti. Phillip, however, wanted to do more than feed people. He specifically wanted to help the children.

“When I saw how needy the children were, the kids who just live on the street, it tugged at my heart,” he explains. “They have no adults to care for them. Many have no identity at all, no birth certificates. And they cry from hunger. I had to do something.”

Phillip first rented a small, poorly constructed facility in the coastal town of Montrouis (located about 43 miles [70 kilometers] north of Port-au-Prince), in which he housed 23 children. But he needed a bigger, better place. Eventually he connected with the chief accountant of a Bermuda restaurant chain, who gave him $30,000 to help the children in Haiti. With that money Phillip was able to purchase a piece of property and begin building a new home for orphans. That home now houses 56 children.

As the ministry Phillip named Feed My Lambs grew, he hired a lawyer and organized a board of directors in Haiti. The board oversees the running of the organization and the use of the donated funds.

“Everything is under the board’s name,” Phillip notes.

Phillip’s wife, Maria, travels frequently with Phillip to Haiti. “The kids love her like a mother,” Phillip says.

Feed My Lambs didn’t stop with an orphanage. With funds and supplies coming in and transported to Haiti in what Phillip describes as miraculous ways, the organization opened a school in October 2013, which has a current enrollment of 700 students. A medical clinic soon followed, run by a health-care team that includes a full-time doctor, a lab assistant, a nurse, and a pharmacist. The medical team serves about 350 people a month.

Phillip credits his ministry for the people of Haiti with turning his life around spiritually.

“I played the part and sat in church,” he says, “but I was actually far from God. Helping people rescued me.”

He adds, “I look into the eyes of the people I’m helping—people who have absolutely nothing—and it just gives me a feeling inside that my team and I are doing something worthwhile. When you learn to give,” he says, “you learn to live.” 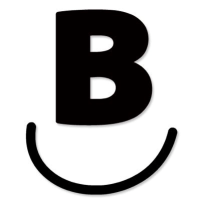